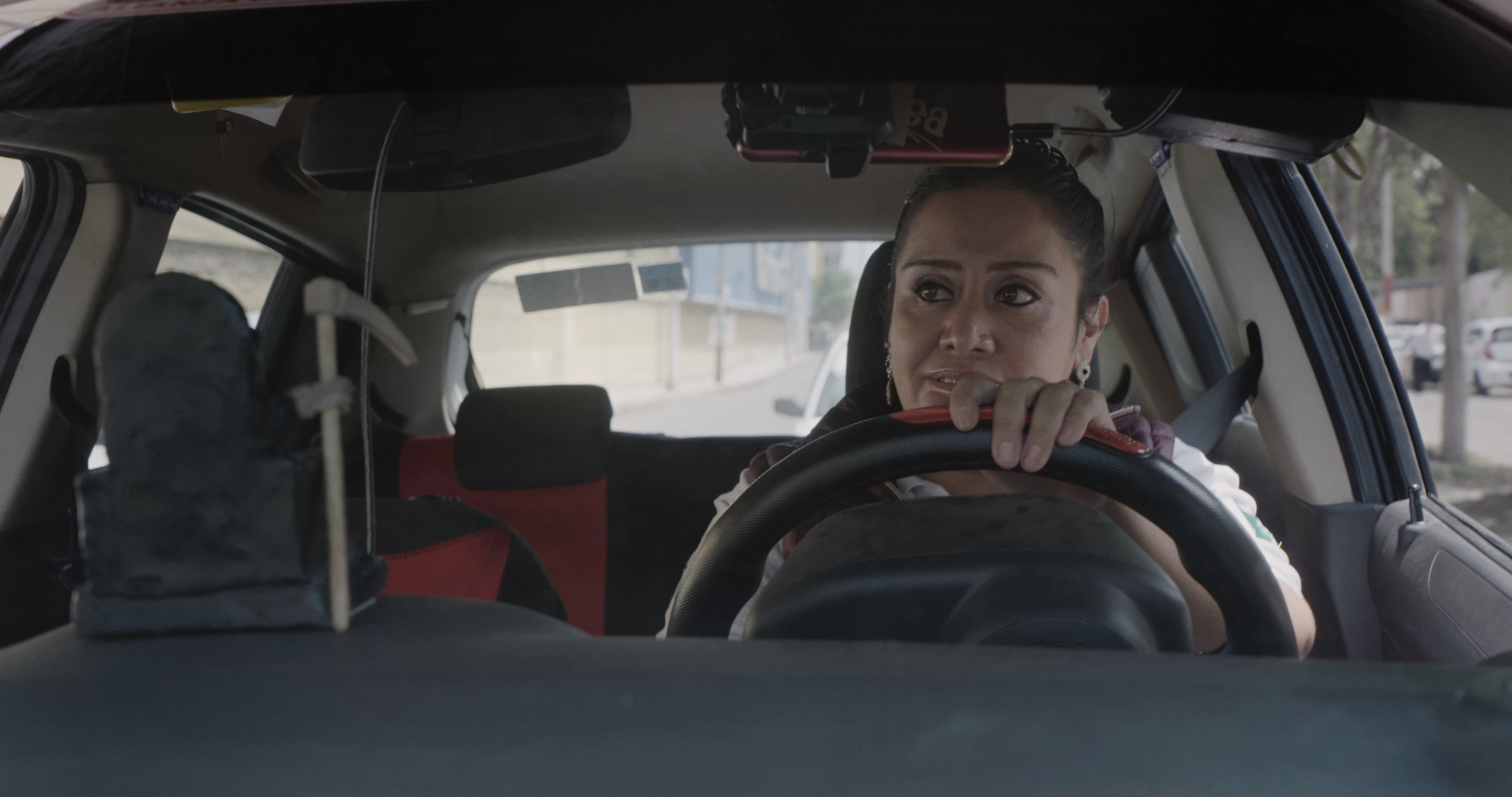 Ordinary Saints tells the story of what happens when Adriana Blanquet, a tattooed, Santería-practicing cab driver in Mexico City, collides with one of the world’s most powerful organizations—the Catholic Church.

Adriana is one of the first high-profile cases of COVID-19 in Mexico. While she is sick, her 14 year-old son Lalo volunteers to take care of her while his other siblings are rushed away. Yet just as Adriana is set to return home from the hospital, Lalo dies in a tragic accident. A few local news sources pick up the story, initiating a social media frenzy that spreads his image around the world. A priest in Europe comes to believe that Lalo has interceded before God to trade his life for his mother. In Rome, a plan is set in motion to make Lalo the patron saint of COVID.

But Adriana doesn't know if she wants her son to become a saint. She grew up Catholic, but finds greater comfort in the outsider cult of Santa Muerte. Though she believes her son is in heaven, the notion of frenzied pilgrims petitioning Lalo's soul into an eternity of service may be too much to bear. But the choice may not be hers. Her local Bishop claims that Lalo's legacy "already belongs to triumphant Church." A saint in Adriana's impoverished suburb might reignite devotion, and the trade in saintly trinkets means big business.

As the official process of beatification grinds on, Lalo's myth spreads on its own. A woman in Mérida believes that Lalo has saved her family from COVID. And in a quiet meatpacking town in Colorado, Lalo communicates to a Guatemalan mother through her dreams. Closer to home, Lalo's own sister calls on her brother's spirit to give her strength in the marches against sexism and femicides.

Though it may take a hundred years for Lalo to become a saint, his story is already giving hope to a growing number of women across borders and faiths—each linked by their working class roots, tenacious support of their families, and a belief that there are saints among us.