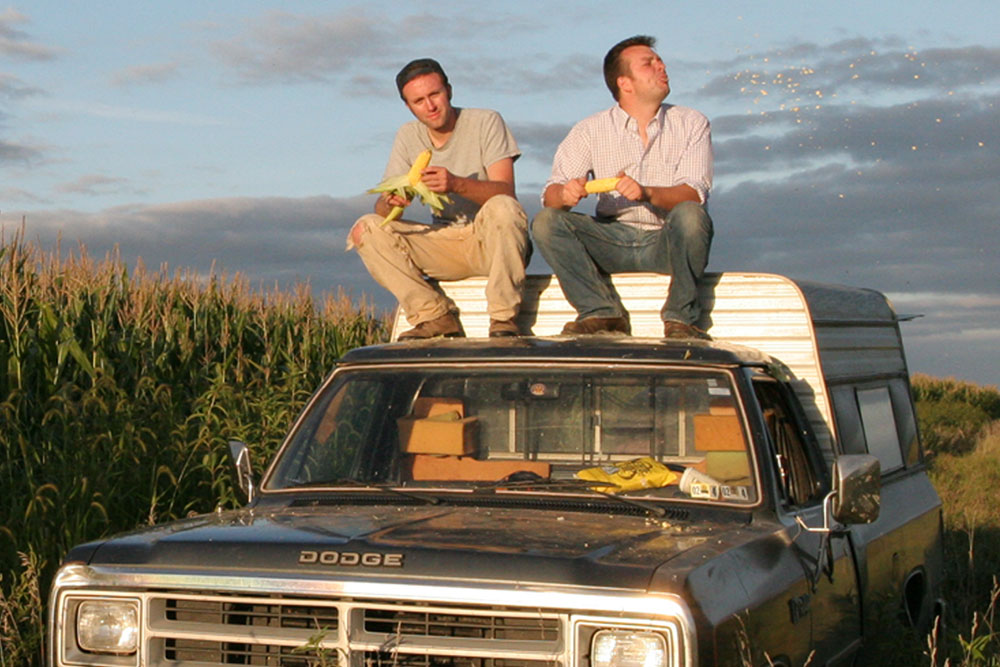 King Corn is a feature documentary about two friends, one acre of corn, and the subsidized crop that drives our fast-food nation.

In King Corn, Ian Cheney and Curt Ellis, best friends from college on the east coast, move to the heartland to learn where their food comes from. With the help of friendly neighbors, genetically modified seeds, and powerful herbicides, they plant and grow a bumper crop of America’s most-productive, most-subsidized grain on one acre of Iowa soil. But when they try to follow their pile of corn into the food system, what they find raises troubling questions about how we eat-and how we farm. The film was broadcast on the PBS series Independent Lens in April 2008 and had the highest rated viewership in the history of the series.

“…an enormously entertaining moral, socio-economic odyssey… (and statistical bonanza) through the American food industry…Aaron Woolf’s documentary is clear-minded and fair, but just damningly descriptive enough to leave you distrustful of everything on your plate”

“Directed with vigor and high visual style, “King Corn” should be required viewing by anyone planning to visit a supermarket, fast-food joint or their own refrigerator. Funny, wise and sad, it suggests that being well-fed has nothing to do with being well-nourished."

“…a graceful and frequently humorous film that captures the idiosyncrasies of its characters and never hectors.”

For more information on DVDs for home use, festival or broadcast inquiries, please email info@mosaicfilmsinc.com.