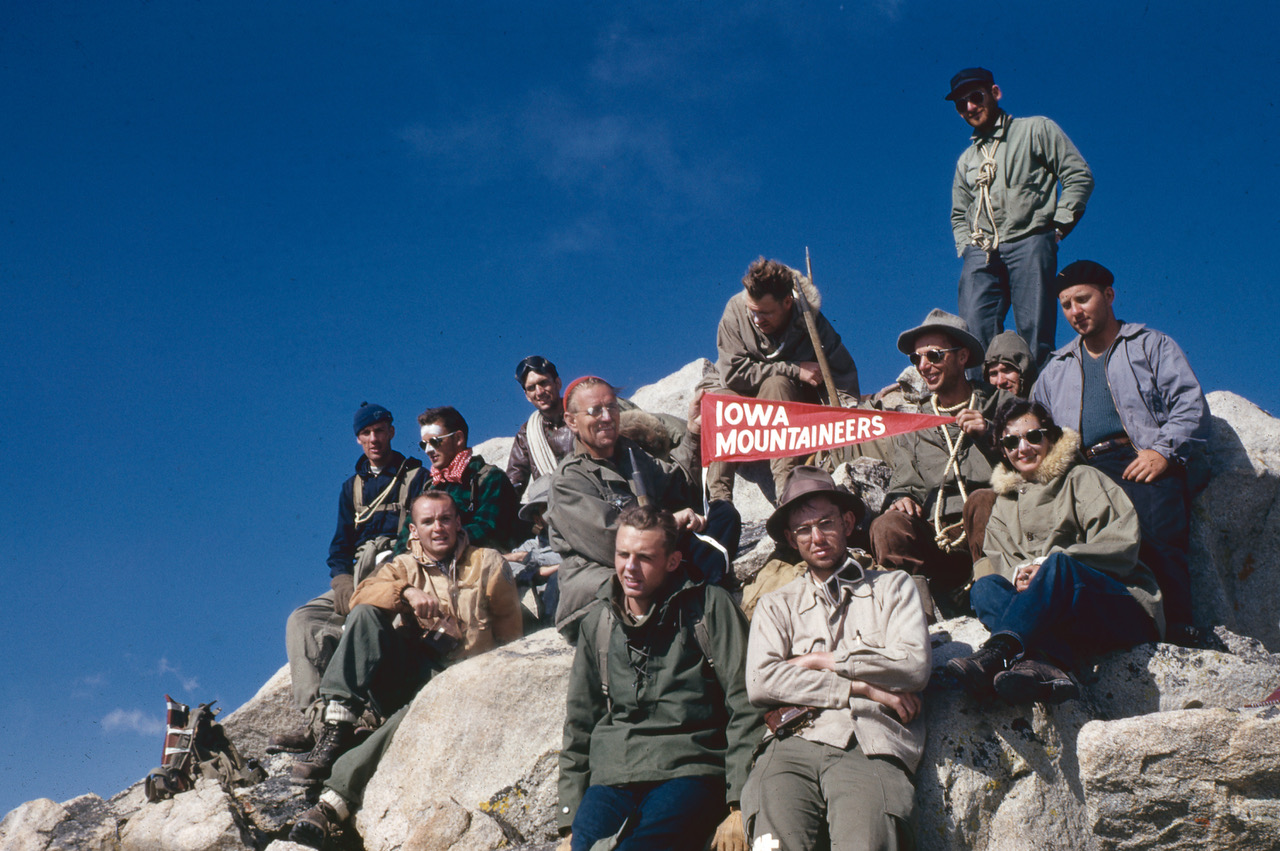 What Happened to the Iowa Mountaineers?

From the heart of the corn belt they reached the highest peaks. Then they disappeared.

With its small town clubhouse a thousand miles from the nearest mountain, The Iowa Mountaineers welcomed the irony of becoming one of midcentury America’s largest climbing organizations. Alongside the more well-known Sierra Club, Mazamas and Appalachian Mountain Club, they pioneered wilderness education standards and took thousands of flatlanders to explore some of the continents most remote peaks in a safe, convivial way.

Unlike their more renowned counterparts, the club vanished with few of their founding members left to tell the tale. Yet their meticulous records of 16mm films, Kodachrome slides and hand-drawn maps—forgotten for decades in an Iowa City garage—represented one of the most complete, diverse and undiscovered archives of 20th century American mountaineering.

Mt. Ebert, Mt. Hancher and Mt. Iowa were among dozens of Rocky Mountain first ascents chronicled in these sounds and images, creating a singular portrait of the birth of outdoor education. Club members would go on to start the National Outdoor Leadership School (NOLS), found Climbing Magazine, and participate in the first successful American expedition on Mount Everest.

But the club's true accomplishment was not the routes they conquered, but the ethos they developed. Early champions of environmental activism, gender equality, racial diversity and adaptive sports, What Happened to the Iowa Mountaineer's? resurrects the group's inclusive outdoor philosophy—one that is more apt today than ever.