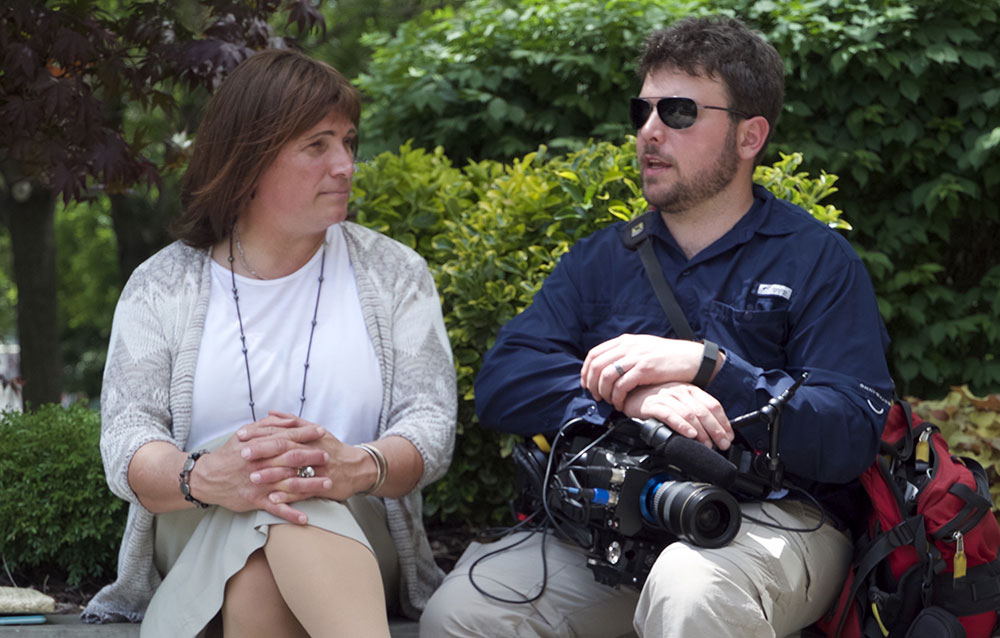 Every day our changing climate pushes us closer to an environmental catastrophe, but for most the problem is easy to ignore. As people we often find it difficult to face change. We’d rather be in denial.

David Hallquist, CEO of a Vermont utility, has made it his mission to take on one of the US’s largest contributors to this global crisis, our outdated and vulnerable electric grid. Under David’s leadership his utility was one of the first to implement a smart grid. In order to make the widespread use of renewable energy sources practical, David argues, we first have to build a smart grid which uses digital communications technology to detect and react to local changes in usage, thereby decreasing outages and increasing efficiency.

But when his filmmaker son, Derek, tries to tell his father’s story, the film is soon derailed by a staggering family secret, one that forces Derek and David to turn their attention toward a much more personal struggle, one that can no longer be denied. With stunning access to intimate family moments and behind-the-scenes energy deals, and with unique humor in the face of overwhelming events, DENIAL manages to present insights into two important topics – one global and one personal – through a funny, informational, and enormously compelling personal narrative, and at the same time to throw light on the messy business of change.

“Stunningly well-made. Denial is that rare documentary that actually shows us change. People and understandings, as well as climate and sexuality, are represented as fluid – messy and disruptive, but life-giving. This is an eco-film where science and technology, personal and political conflict, humility, love, and aesthetic virtuosity forge unexpected and beautiful alliances.”

“Dynamic, passionate…Denial wrestles with many of the conditions of contemporary human existence…Revealing and well-informed. Viewers should be aware that the dual narrative of this film is a risky personal narrative of gender transition that reaches well beyond the engineering of energy in our lives. The compilation has a deeply intimate beauty while also reaching well beyond the boundaries of traditional energy documentaries.”

“Denial compellingly merges our country’s refusal to accept the truth of gender’s complexity with our denial about climate change and a failed energy system…The themes of transparency, honesty, compromise, and complexity in relation to gender identity/expression and climate change render this film a perfect fit for courses in environmental justice, women’s and gender studies, queer theory, and environmental studies.”

“Denial tells exactly the kind of complex, deeply personal story about climate change we need at this moment. It is about a passionate energy expert/activist and the compromises she makes to move a utility toward more sustainable power generation; it is also about her own gender transition and the compromises she makes to negotiate her identity with her family and professional community. The intersection of these two stories is emotionally and politically powerful: how do we deal with change, with denial, and with the fact that many issues – personal and global – may not ultimately be amenable to compromise?”

“A moving portrayal of a family in flux set in the context of a larger world in crisis…The film wisely asks, how will we – as individuals, as community members, as a species – adapt to a changing world? It also begs a question not typically found in ‘traditional’ environmental documentaries: Can more inclusive, dynamic understandings of gender and sexuality lead us to more courageous thinking about how to sustain life on an ailing planet?”

In the summer of 2017 Denial screened on PBS affiliates across the country. It has had over one thousand broadcast dates (1,139) throughout 72% of the US in: